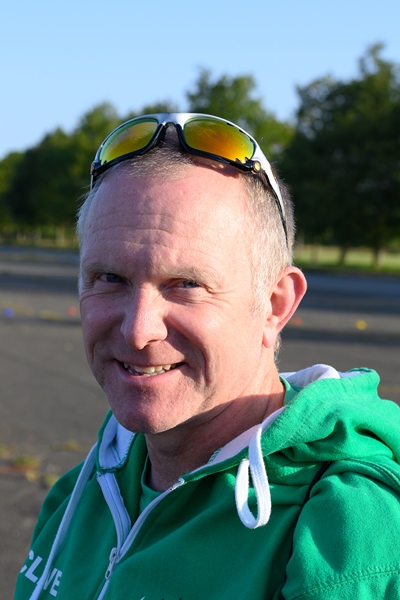 Clive joined WaldenJNR’s coaching team at the beginning 2019 and went straight into Group C. He also brought with him his 2 kids Jack and Charlotte who also train with Group C. They have been racing since Tri Start.  Clive has been racing Tri for 15+ years and have raced at all levels including 5 x Ironman finisher racing in UK, Spain, Switzerland, Denmark, Portugal.

Clive is also a Technical Official, no booing please. So he's the person you see around transition making sure you are following the rules but having fun. He has been an official for many years and has seen a few of our JNR members go through the Age Groups which has been good fun. Clive is now a National Technical Official which means he can look after qualifying events for British champs and Worlds in the UK and he also gets to be part of bigger international events such as the ITU World Triathlon Series and has been involved at events in Leeds, Nottingham and Hamburg. It’s great fun being up close to the pros and seeing how they do things and often getting to chat with them when they not focused on their race.

Clive is also a swim coach at his local club where Jack and Charlotte attend and swim twice a week. Regularly attending galas and regional/county qualifiers.

He loves to share his experiences and happy to have a chat and answer any questions you may have.